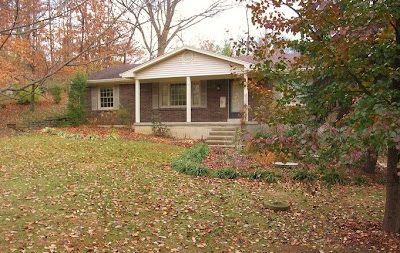 Wow! I can't believe I let an entire month go by without a single blog post! But, I have a good excuse...We bought a new house! You may remember way back in the New Industrial Singer post, I mentioned a crazy week and that I'd give more details about later. Well, the couple that had the yard sale where I bought my sewing machine, was also selling their home. They took us on a little tour, and 5 weeks later, the house was ours!

The pictures are not very good, but I wanted to give you a little tour before we start on the renovations.
As you can see from the first picture up there, its not a big house, just a 3 bedroom 70's ranch. But coming from the current tiny 2-bedroom, it feels like a mansion. LOL
Here's the back of the house with the sunroom and deck. It sits on a little over an acre and backs up to a small farm with one horse and one cow. :-) 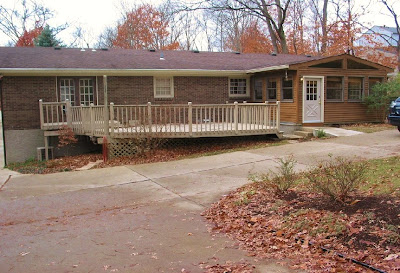 It has a large eat in kitchen That opens up to both the sunroom and living room. We'd like to install granite or solid surface counter tops, eventually. 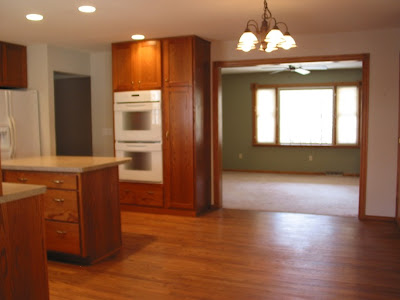 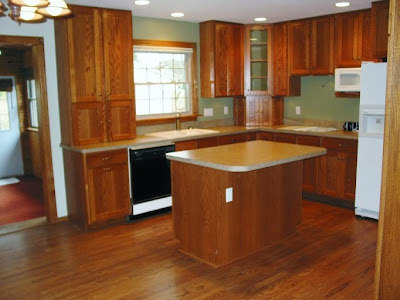 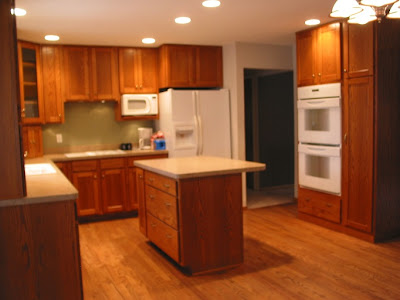 The L-shaped living/dining room has a large stone fireplace. I have a feeling that those two rooms will be a challenge as far as furniture placement, so I'm sure I'll be asking opinions on that soon. 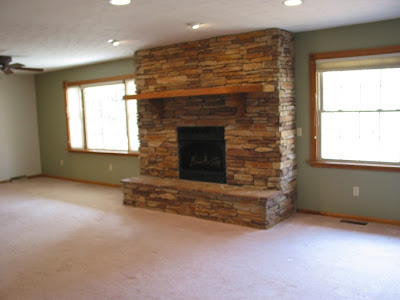 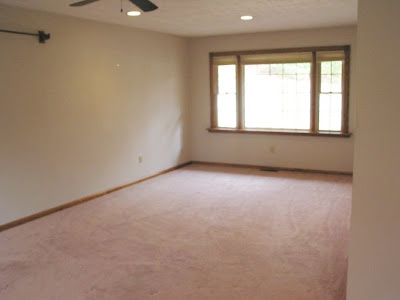 All three of the bedrooms are carpeted with a mauvey pinkish-purple. I can't live with that, so we're thinking hardwood. But the master has its own bath (something I've never had) and french doors that open onto the deck. 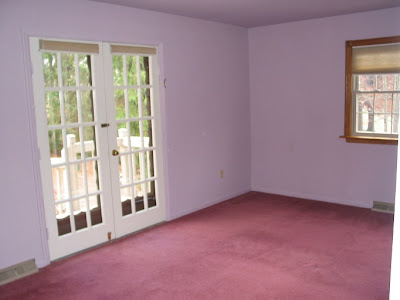 It also has a large finished basement. There is a small 12x12 room with 2 windows and lots of natural light, on the opposite side that will be my sewing room/studio/office. The plan is to move the wall and make it a bit larger (12x16 or so), remove the carpet and install laminate or hardwood, and have french doors that open into the main part of the basement. That project could take awhile, so I'll need to find an alternate work room until then. 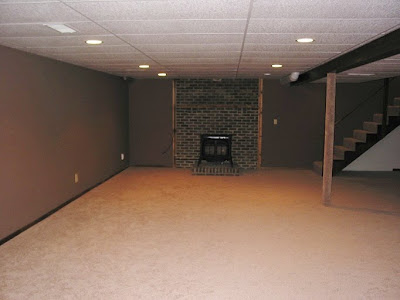 We'll also be doing a few projects on the Tiny house, getting it ready to sell hopefully in the spring. I promise to be better about posting updates on all the home renovations. :-)
Have a great weekend, everyone!
Posted by Niesz Vintage Home at 6:23 AM 17 comments: