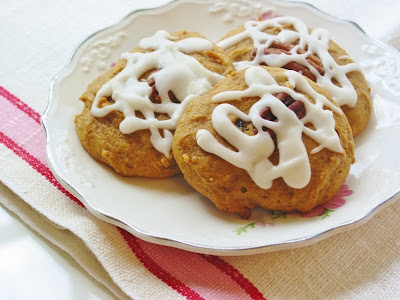 Iced pumpkin raisin cookies. Yum! I used this recipe from Allrecipes.com as my base. I decreased the sugar by about 1/8-1/4cup and increased the pumpkin by 1/8cup. I also added a few raisins to the batter and pecans to the top. They have a moist cake or muffin texture and are not overly sweet. 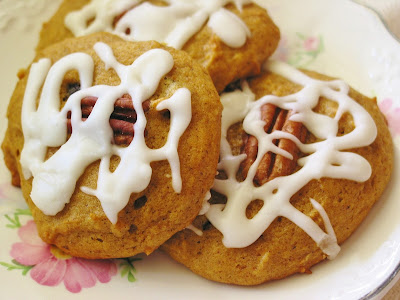 My new favorite (non-chocolate) cookie. :-)
I'm sharing this over at The Shabby Creek Cottage link party. Be sure to stop by to see all the creative things bloggers have accomplished this week.
Posted by Niesz Vintage Home at 11:57 AM 5 comments: 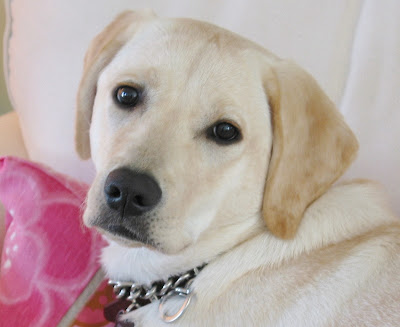 Our dog Hunny…I know I haven’t written much (or anything at all) about Hunny since we first got her nearly a year and a half ago. Honestly, I wasn’t sure how long we would have her. To say this dog has been a challenge would be an extreme understatement.
We were not unaware of the perils of adopting a Labrador puppy. She’s not our first. We fully expected irritatingly boundless energy, destroyed furniture, chewed shoes, food snatching, behavior problems, and many trips to the vet due to ingesting any number of potentially harmful substances.
But, what I didn’t expect was to be constantly bullied, bruised, attacked, and bitten (sometimes aggressively so) by my year old puppy! 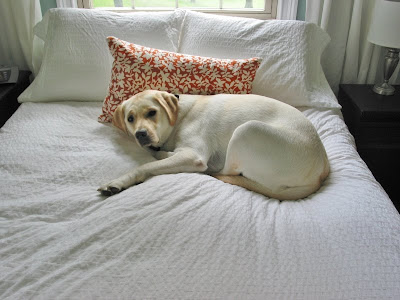 We did basic command training early. She is extremely smart. We tried to establish our dominance from day one by letting her know that we control the food, by not letting her sleep in our bed (re:photo, She knows she's not suppose to be up there.LOL)and by making her wait until we enter or exit the door first. We provided plenty of exercise; lots of play time and 2-3 mile walks every day, rain, heat or snow. But the biting and dominant behavior didn’t stop. So we finally contacted a private trainer. He confirmed that, yes, we had a difficult case on our hands. She was probably the “alpha dog” of her pack and was very reluctant to give up that title to us. He also suspects that she was separated from her mother too early and never learned what “too rough” play was. Surprisingly, she is submissive to other dogs and is fairly good around kids. 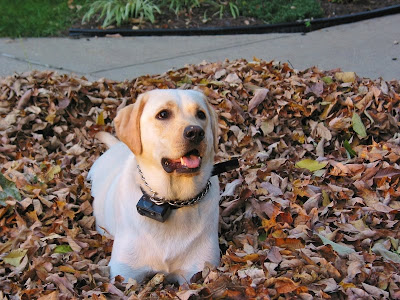 With some of the techniques that the trainer showed us, things are slowly getting better. The biting incidents are getting fewer and farther between. But she is still too rough for me to trust her unleashed around small children or the elderly. After seeing some of my horrendous bruises, friends have asked why we haven’t gotten rid of her. Don’t think we haven’t thought about it! But, we take our role as pet owners very seriously. We adopted this dog and it was our responsibility to make her a good, stable pet citizen. And we knew that with our personal circumstances,it was possible. 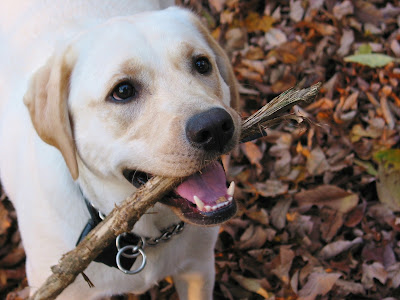 I have high hopes that as she gets older and past the stage of the wild energy bursts that seem to be the cause most of the problems, she will be a wonderful, intelligent, gentle, and loyal dog.
And I have to say, to this dog’s credit, she has not destroyed any furniture or possessions with the exception of a few shoes, has never gotten up to the counter to steal food, and doesn’t beg at the table. She rides in the car like a dream, loves to play with other dogs, is friendly (although rough) with people, and is very good on walks. And let’s face it, she is a beautiful dog! 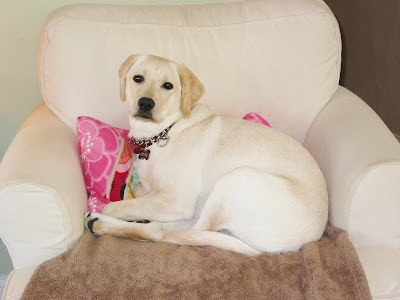 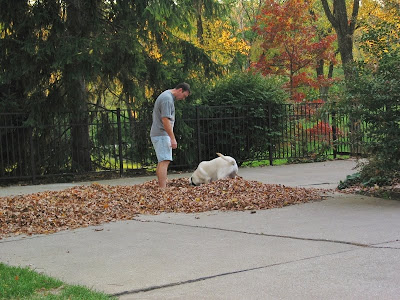 So, that’s my tumultuous year with Hunny. Here’s hoping the next year will be less painful.

Oh, and in that last photo you can see a bit of the new fence we had installed. More on that in the next post.
Posted by Niesz Vintage Home at 7:17 AM 7 comments:

Inspired By the Colors of Fall 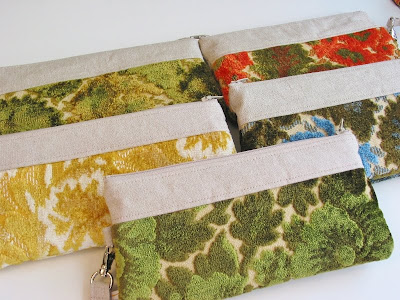 We have had the most beautiful fall weather the last couple of weeks! Sitting out on the deck, looking up at the trees, I was inspired by the gorgeous colors of the leaves against the vibrant blue sky. 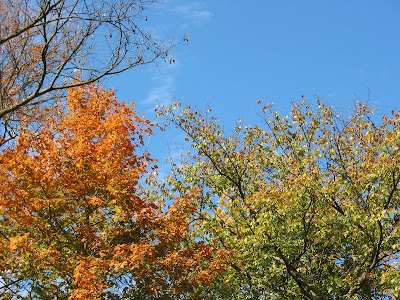 I decided to look through my vintage velvet stash for similar colors. I discovered that many of the cut velvets were in autumn hues. I also found this lovely printed floral velvet with royal blue flowers with touches of yellow, red, and green. I paired it with a vintage camel colored cordouroy for this wristlet. 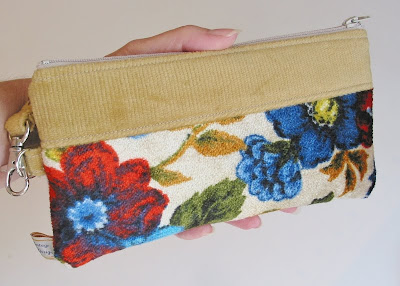 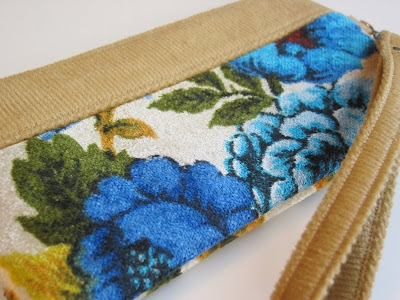 Most of the items shown are available on my website or my Etsy shop.
What Fall inspired projects are you working on?
Posted by Niesz Vintage Home at 9:56 AM 5 comments: